Some very old rocks stand out through the limestone and sandstone around Slevenamon in South Tipperary. The peak itself is a boundary between young sandstone and rocks that could be 430,000,000 years old. (The young ones are maybe 30,000,000 years younger). Ancient sedimentary rock has been transformed into ‘greywacke’ (pronounced ‘grey-whacky’) and slate. The slate was mined in the nineteenth and early twentieth centuries, and produces some of the small bluey roofs still to be found on old buildings in Counties Tipperary, Waterford and Kilkenny.

In a narrow valley that cuts through the sandstone north of Carrick-on-Suir (and which also divides the provinces of Munster from Leinster), the sandstone has been carved by monks and stonemasons over a thousand years ago into permanent illustrations of the Christian gospels. No buildings or even foundations of their monastery can be found. The art historians say that the intricate interlace design must have been in use on bronze ornaments before being inscribed on the stone. They even made some mistakes!

The Irish High crosses are designed as a combination of a cross and a circle. The hollows in between the ring and the straight bits must have been difficult to cut out. In this cross (the ‘north cross’ TS079-007002-) a weakness in the stone has led to one quadrant of a ring falling off. There is a capstone on top which is roughly cone-shaped, but doesn’t quite fit in. Maybe someone put it on later. The stones are very big and probably weren’t moved far from where they were quarried. A copy of the cross was made in plaster about 100 years ago and can be seen in Kilkenny’s Medieval Mile Museum, when it re-opens. There are lots more photographs here

The monks chose a few of the gospel stories to make pictures of, so they must have meant a lot to them, that they wanted so strongly to relate them.

On the south side of the crossbase, there is a picture of a horse carrying a giant, who is being eaten by crows. Some of the crosses at nearby Kilree and Killamery have carvings showing the giant Goliath, who was killed by little David (later to become king) or David is shown fighting with a lion. This has been interpreted as a way of showing how the small former kingdom of Ossory stood up for itself against the greater forces of Munster and Leinster during the early medieval period.

The carving at Ahenny may also be Goliath but it is more likely to be a king’s body being brought back to a church after a battle. He is being led by a figure carrying a cross. At the rear a man carries the head. See if you can draw a picture that describes this action or maybe the battle which led to it.

The west side (shown in the photo) has seven cloaked figures with croziers and this has been interpreted as seven bishops or apostles.

If you are interested in other high crosses, why not have a look 3d scanned models of them made by the Discovery Programme on http://www.3dicons.ie/3d-content/high-crosses 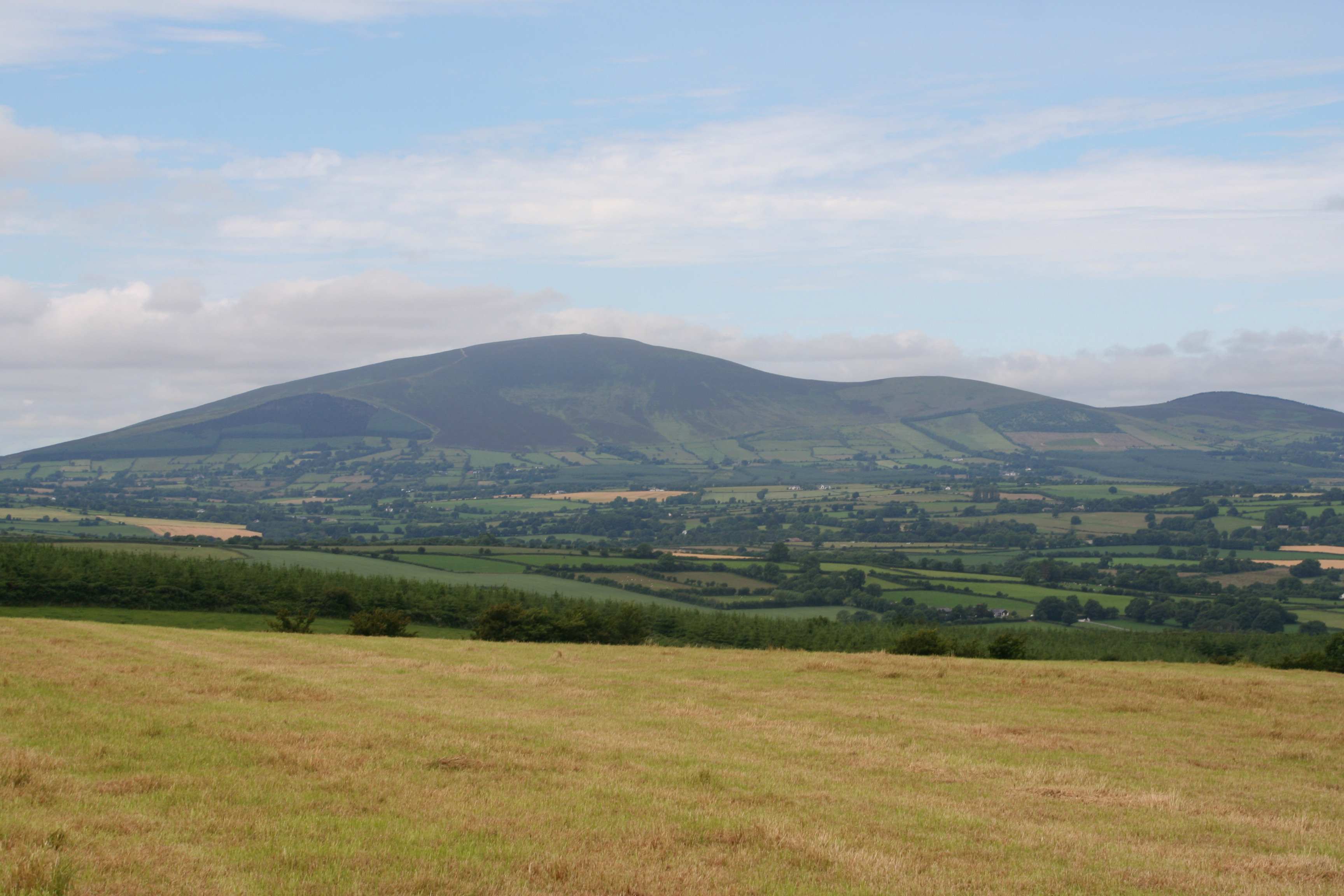 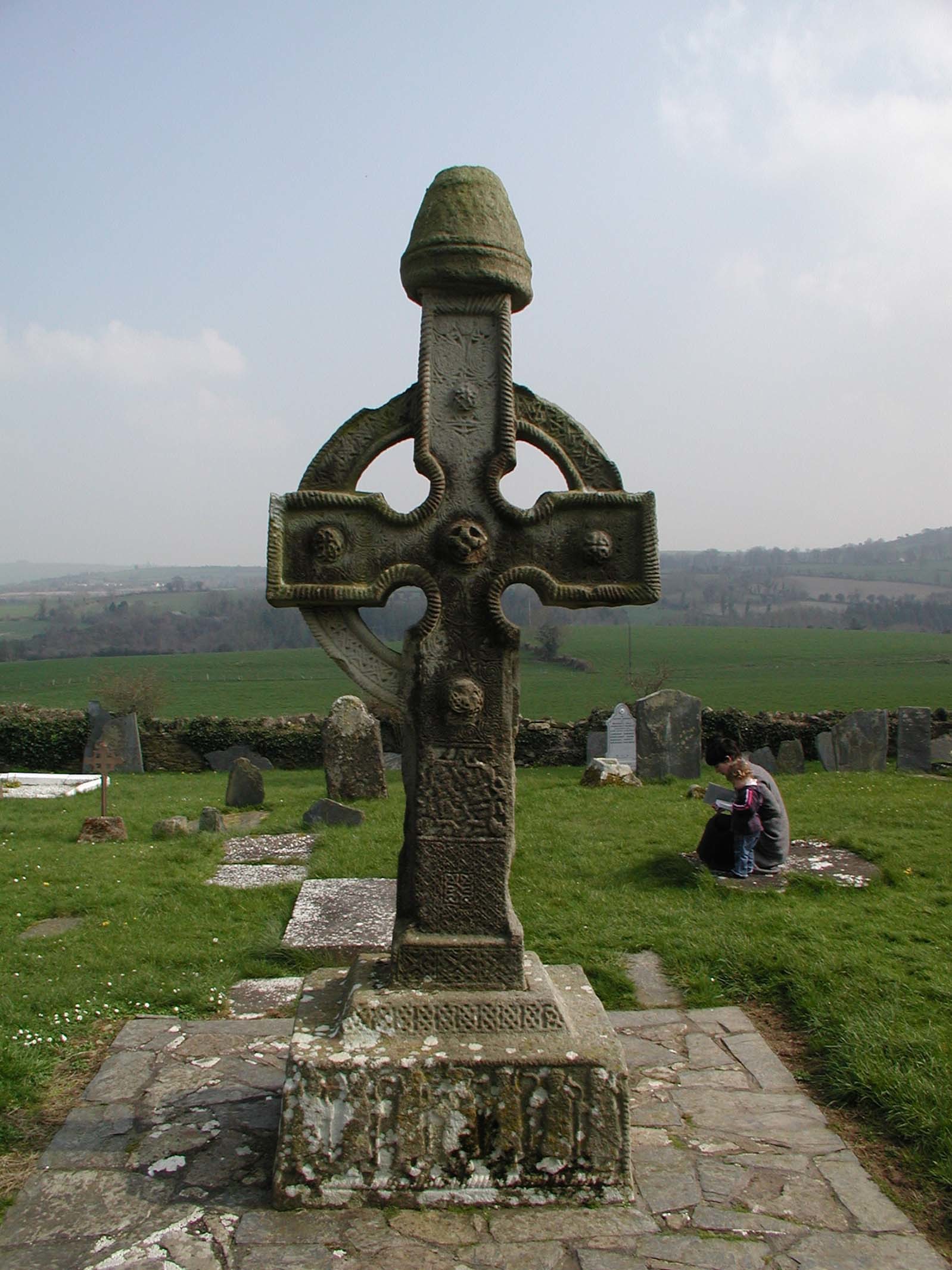