Located in the rolling countryside of southern County Sligo, Moygara Castle is one of the finest Gaelic castles in the north-west of Ireland.

It dates from the late 16th and early 17th centuries and is associated with the O’Gara clan. The castle stands on eight acres of land which is now in the private ownership of the O’Neill Family. The ruin is distinguished by its large square bawn with residential towers at each of the four corners and gatehouse in the western wall. Moygara Castle Research and Conservation Group has been working for more than a decade now to highlight this significant castle.

Moygara Castle Research & Conservation Project has worked tirelessly since 2005 to highlight the importance of this unique part of Sligo’s heritage and history. The project was set up by three groups of interested parties: the owners of the castle, the O’Neill family; the O’Gara clan and the local community. The group has sought archaeological and historical advice from Dr Kieran O’Conor of NUIG and Kevin Barton of LGS. With the support of the local communities of Gurteen, Monastraden and Cloonloo, and the ‘Lough Gara Lakes and Legends’ group in Ballaghaderreen, Co. Roscommon the support for the project spans a wide area of south Sligo and north Roscommon.

Through the Adopt A Monument Scheme, the group wants to work towards the conservation of the most vulnerable part of the structure, with a view to enabling access by the public in the longer term. With funding from the Heritage Council through the Creative Ireland Programme 2019, the group appointed Duncan McLaren of Dedalus Architecture to consider previous conservation reports on Moygara Castle and to produce a detailed and structured Conservation Management Plan to form the basis for future conservation works and funding applications.

You can keep up to date with the latest news from Moygara on the group’s website and Facebook group. 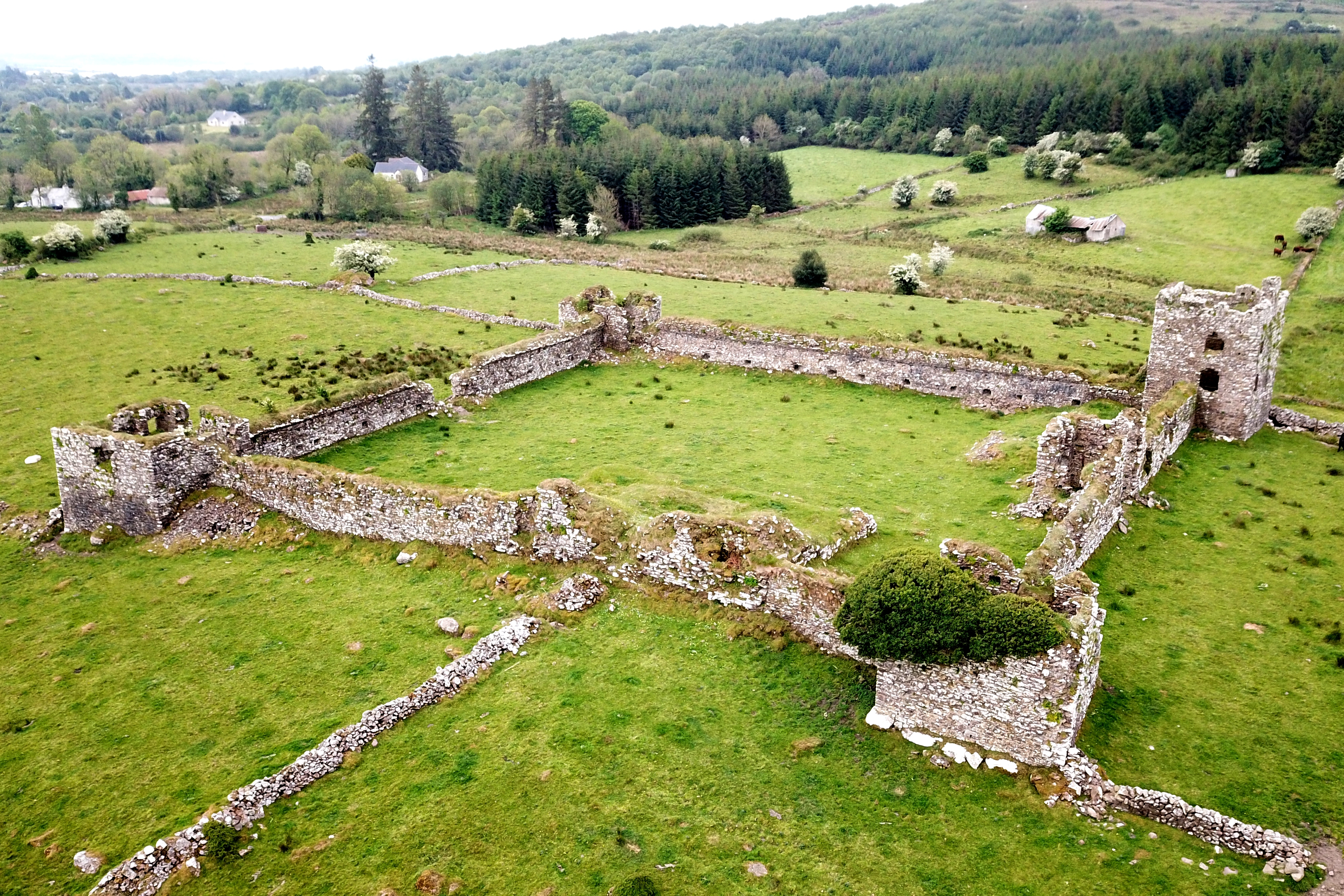