Dunfanaghy, Co. Donegal has developed from fishing village to holiday resort over the last century. It sits in the lee of Horn Head, a huge lump of rock to the North, sheltering it from the Atlantic. Horn Head used to be an island, but sand infill joined it to the rest of Ireland over the millennia. This is a great example of the geographical feature called a ‘tombolo’.

Outcropping in the very old schist rock and bracken of the Head two boulders of bright white quartzite catch the eye, below a hollow carved in the ridge by the glaciers. The hollow was the location chosen by the earliest Neolithic (Stone Age) inhabitants of this coastline to erect what we now call a ‘portal tomb’. This is a small chamber made from flat stones to place the remains of many successive generations of the dead.

What is so remarkable about this is the way that it is stitched into the landscape. The chambers of the tomb are aligned with Muckish mountain on the horizon, and overlook the bay at Dunfanaghy, likely to have been a rich source of shellfish food. The rock slopes of the hollow form a theatre-like space, if there was a gathering for a burial ceremony. The quartzite stones signal the special place when seen from afar.

There are many other Neolithic tombs in the vicinity, so we know that this was an intensively-inhabited landscape. Being on the coast – even the North coast – was not a disadvantage, but an advantage, as the sea was an easier way of getting around than through the dangerous wilderness of trees, bog, and river of land. On a good day, five and a half thousand years ago, the view from this site to Muckish mountain (directly to the South with its dramatic ship-prow profile), the sea, and the other tomb locations would lift the heart and situate any visitor in a grand world, in which the human presence is only modest.

Horn Head contains many natural wonders – seascapes, cliffs, birds - alongside these traces of human culture over thousands of years. The Napoleonic signal tower is a destination for many walkers, and the road presents a challenge for hardy cyclists. The field systems, ring forts, and seascapes offer a springboard for the imagination into depths of time.

This archaeological site is on private land, and permission must be sought to visit. It is a Recorded Monument (DG015-013----). See if you can find it on the on-line maps www.heritagemaps.ie or www.archaeology.ie A lot of information about this and other special places can be found on these. 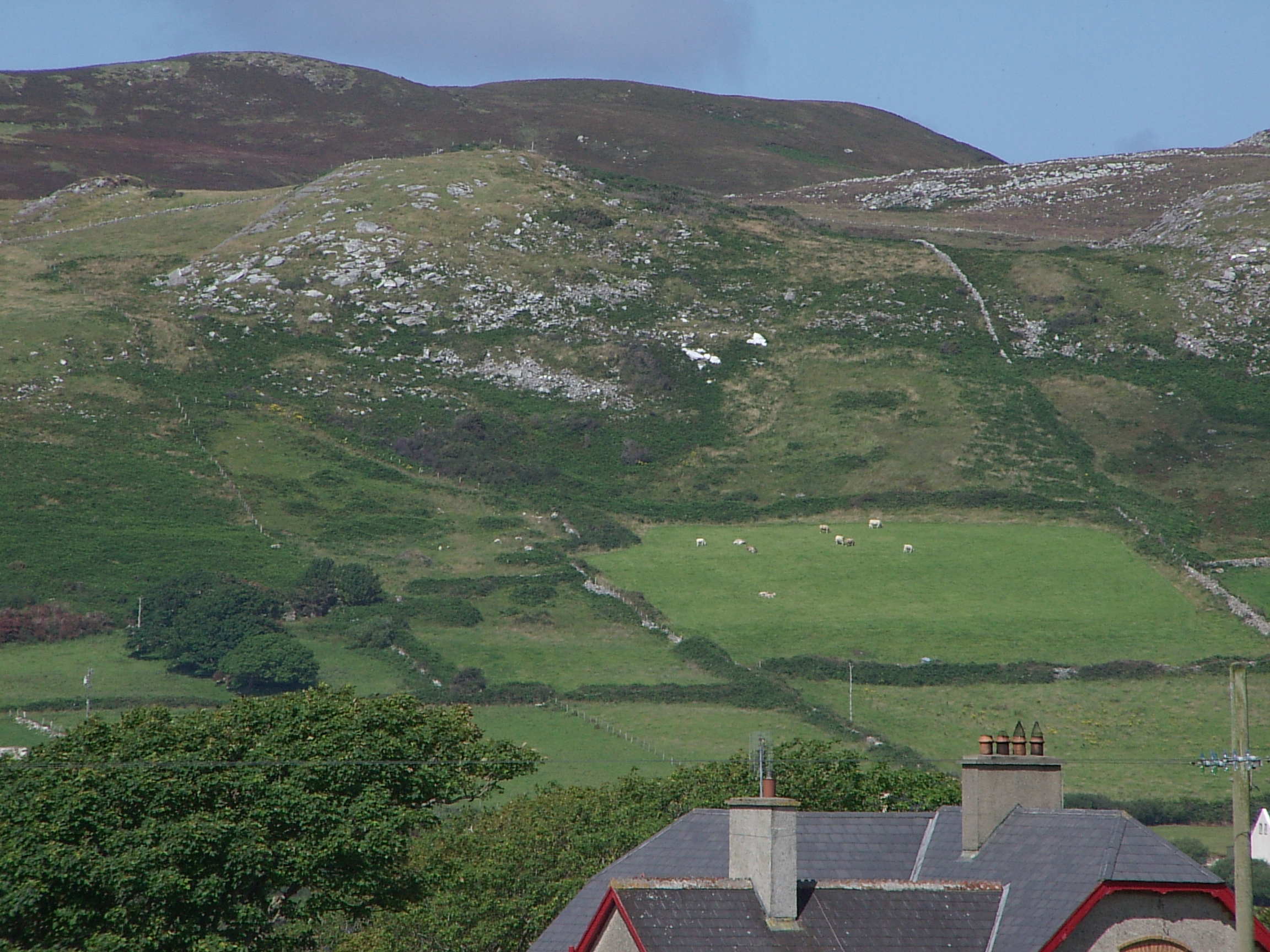 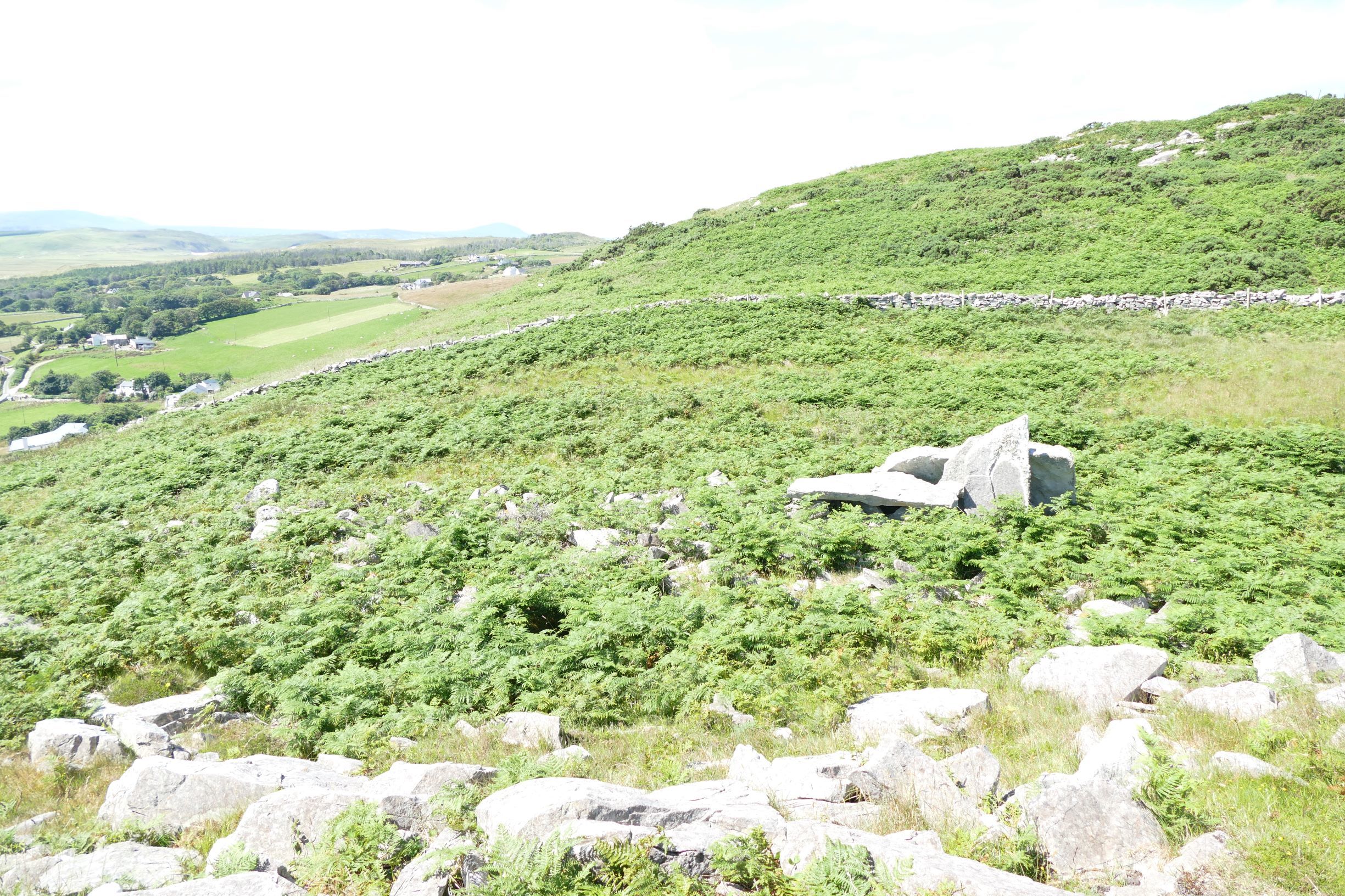 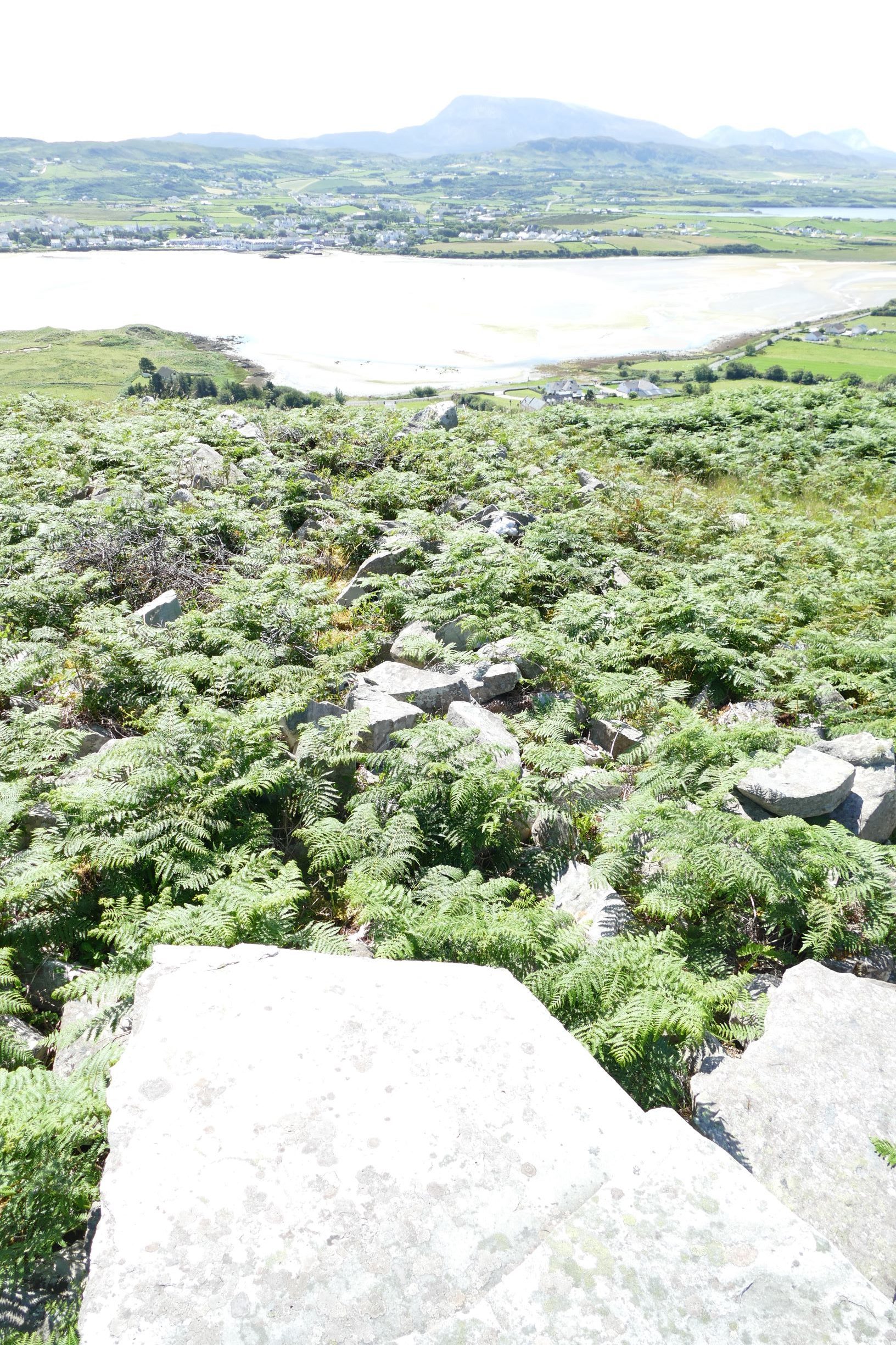