A three day events which involved re-pointing and structural repairs at ‘An Cabhail Mhór’ or ‘The Great Ruin’ in Killinaboy, Co. Clare through community workshops. A collaboration between SPAB Ireland, the Conservation Officer of Clare County Council and the Killinaboy Heritage and History Group

From 17th - 19th August 2018, the second annual SPAB Ireland Working Party took place at ‘An Cabhail Mhór’ or ‘The Great Ruin’ in Killinaboy, Co. Clare, as part of Heritage Week. The Working Party was a collaboration between SPAB Ireland, the Conservation Officer of Clare County Council and the Killinaboy Heritage and History Group and was generously funded by a grant from the Heritage Council.

An Cabhail Mhór is an impressive ruined plantation fort c. 1600. It is an almost perfectly rectangular bawn (32.7m x 29m) built of rubble limestone. The four walls are almost completely intact to an average height of c.3m and a high gable (c.7m) is incorporated into the northwest corner surmounted by a single square chimney. Until recently, the whole bawn was covered with thick ivy which not only obscured it from view but was contributing to the collapse of the walls. The local heritage group have done brilliant work in clearing the ivy in recent years.

The Working Party was a three day event. Participants could attend for one or two days of workshops on Friday and Saturday, with a public open day on Sunday, where final repair work to the fort was carried out. There were over 50 participants on each day, from all over Ireland and Britain and even as far away as Lebanon.

The weekend began with introductory talks on the SPAB, the site’s history and the use of hot-mixed lime mortars. The plan was to repoint two inner elevations of the fort and to stabilise loose masonry, led by local stonemason and SPAB Fellow, Eoin Madigan. Work was carried out at low level only, and full PPE was required due to the hazard of falling masonry.

Over three days, a huge amount of re-pointing and structural repairs were completed, upskilling members of the local community who plan to carry out future workshops on the site to secure the rest of the building. A soft capping demonstration was also given, which could be a good solution for protection of the fort wall tops in future. There were social activities organised each night, with dinner in Dysert O’Dea Castle on the Friday night, followed by a tour of the historic monuments surrounding the castle, including St Tola’s 12th century high cross. The evening finished with an Irish music session in Crowleys Pub in Corofin, with a BBQ and more live music on the Saturday night.

Over 20 of the participants camped on site, with others staying in local B&Bs and hotels, providing a real boost to the local economy. On Sunday, the site was open to the public, with the local community free to explore the site (usually inaccessible due its location on a private field). There were demonstrations from talented craftspeople, including thatching, tin smithing, timber framing and stone carving. Feedback was overwhelmingly positive and SPAB Ireland are very grateful to all who helped and participated in a fantastic weekend that will be fondly remembered for years to come. 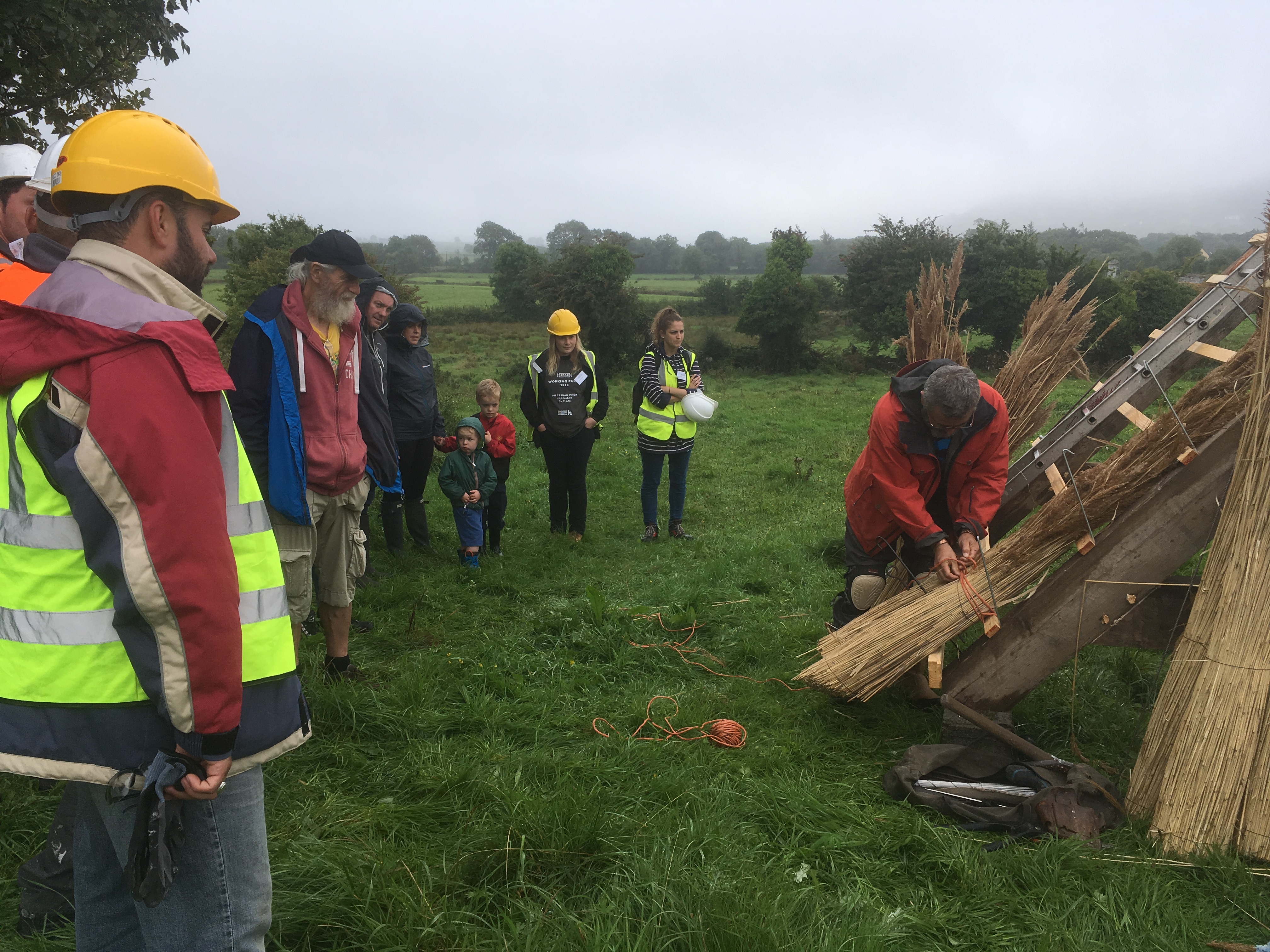