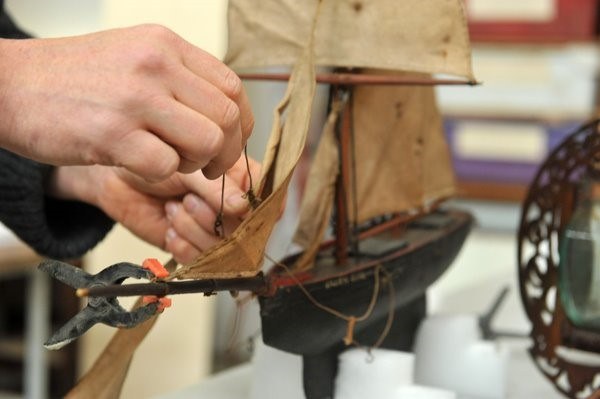 In 2018 The Model Arts & Niland collection acquired a mix of Yeats family artifacts including 9 of Jack Butler Yeats’ model boats and a very special wooden travelling case lined with Jack’s own original watercolour drawings. They were part of an acquisition of a considerable body of artworks from the Yeats Family sale at Sotheby’s. An anonymous donor had presented both, the boats and the case, as a permanent gift to The Model, home of The Niland Collection, following the sale.

The centre received funding from the Heritage Council for conservation works to these items under the 2020 Community Grant Scheme.

Pics below- Some of Jack Butler Yeats’ model boats and a very special wooden travelling case lined with Jack’s own original watercolour drawings © The Model, home of The Niland Collection 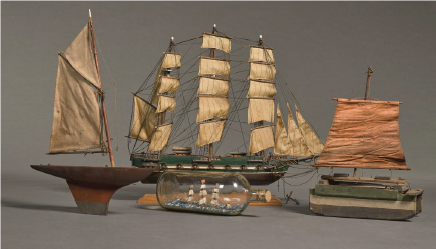 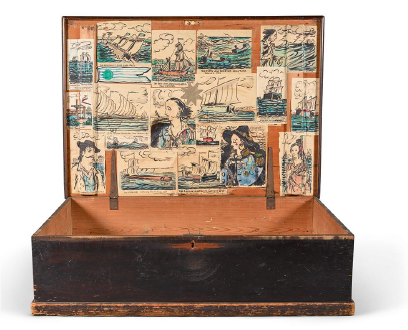 The unexpected outcome after completion of this process was the discovery of 2 additional artworks and several prints, including a hand coloured wood print, under the layer the conservator had just removed. This is not only a discovery of additional unexpected and valuable artworks for the Sligo municipal art collection but also of great interest for the understanding of the designing and completion of this storage chest made and used by the artist Jack B Yeats. The appearance of further, and also never-before exhibited art works, will equally attract art historians and scholars. A second exciting and important discovery was that of a small painted cardboard figure "Theodore", a pirate character invented by Jack B Yeats, in the Irish Girl, one of the model boats. This small toy figure further supports the assumption that the boats were actually used for the sailing adventures as described in Yeats' publication of "A Little Fleet".

The works are part of Sligo's municipal art collection and will be available for the public to see as a distinct exhibition immediately after conservation. After that, they will be exhibited regularly together, as well as alongside other works by the artist for our audience; and we will also tour them to other museums with appropriate display standards nationwide. We plan a new, ambitious schools' programme, whereby our curators will take the storage case (with facsimiles) out to local primary schools so children can see the works, and to encourage families & schools to come to see the work on display at The Model, thereby engaging further with our shared cultural heritage in workshops, lectures and educational resource material. The Yeats Summer School attracts International academics and scholars to the region annually. The newly conserved works are unseen to date and have the potential to attract national and international scholars as well as culture-seeking tourists.

‘We are extremely grateful to the Heritage Council for supporting us in our endeavours to secure these Yeats treasures for the public good.’

Pic below - Further original artworks by Yeats found underneath the 19 visible artworks © The Model, home of the Niland Collection 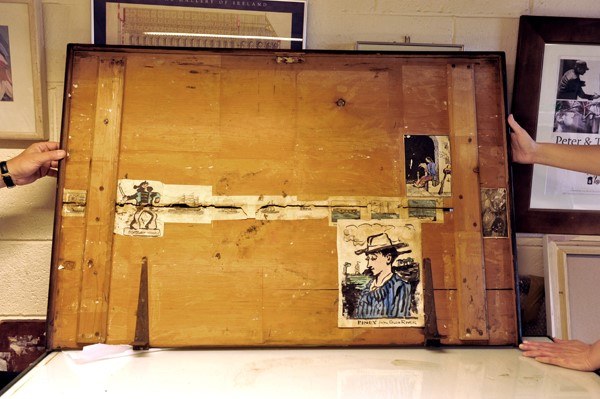 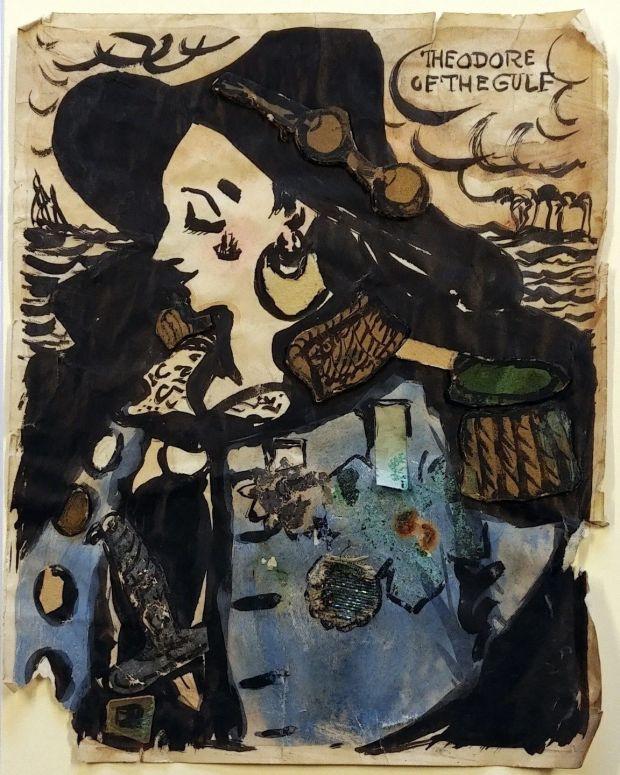