The Bulfin Heritage Cycle Rally 2018, was held on August 24th & 25th as a Heritage Week event. Taking its inspiration from William Bulfin, who cycled around Ireland in 1902, recording hidden heritage sites of interest on his journey, this year's Rally celebrated the Return of the Seven Septs of Laois.

The Tarbert Historical Society from Co Kerry carried seven torches, each representing one of the families, that were banished from Co. Laois, by Crown forces, and relocated in Kerry in 1607, under sentence of death, should they ever return to Laois.

Their descendants remain in Kerry to this very day and so the time had come for the "Seven Septs to finally make their return". The seven torches arrived at the former O'More stronghold at Dunamase, to light up a Ceremonial Laois Sept Vessel, at a very special, and unique Heritage gathering on the Rock of Dunamase.

The Bulfin cyclists, already on a tour of heritage sites across Laois, merged with our Kerry visitors at Dunamase for a special ceremonial pageant, presented to a large gathering that included visitors from Austria, England and Canada, in addition to participants from across Ireland. 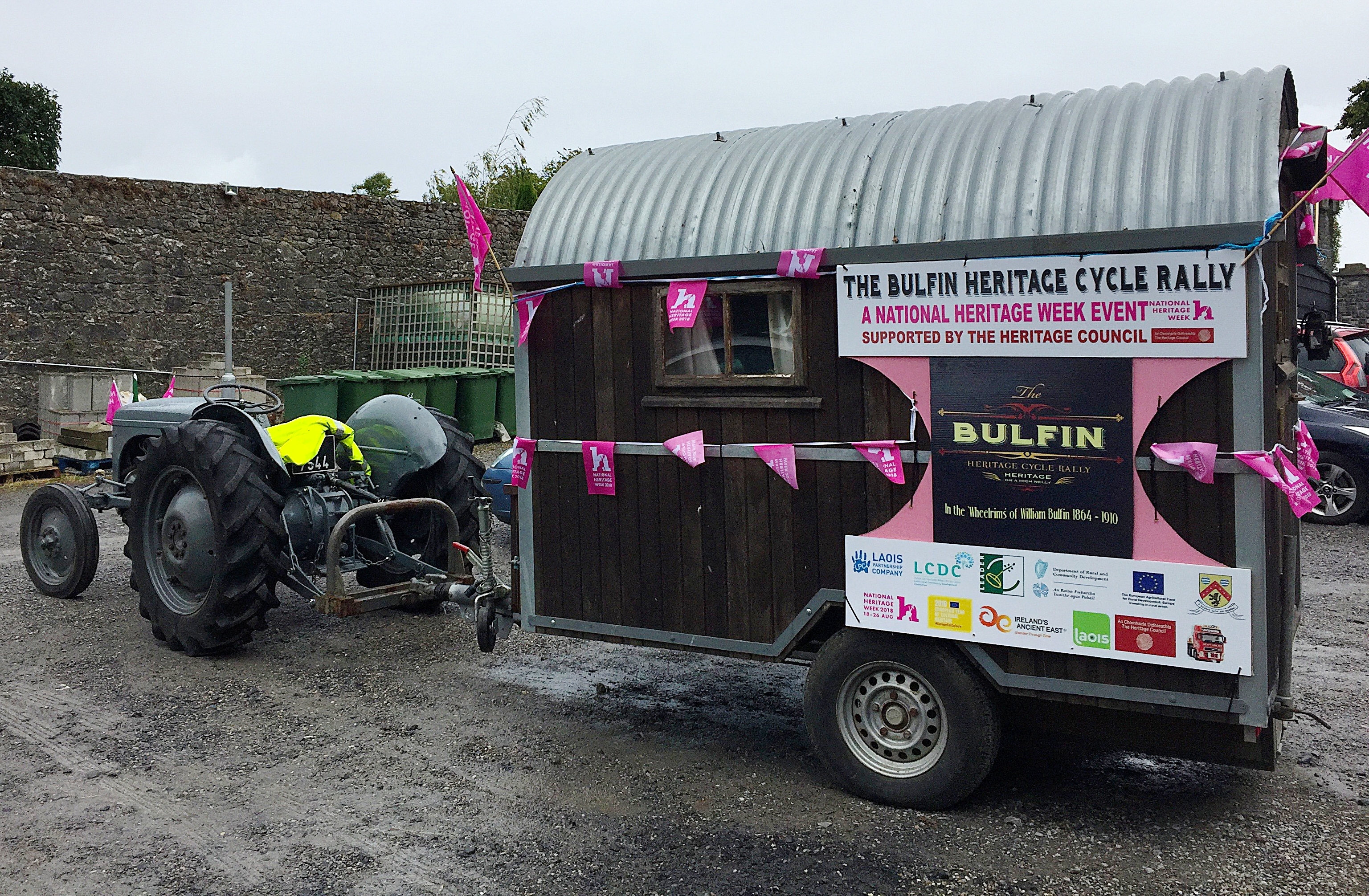