In 2019 the Heritage Council applied for and was successful in seeking grant assistance from Creative Ireland to run a pilot programme of workcamps, designed to facilitate the involvement and cultural exchange of persons seeking asylum and conservation volunteers centred around the counties of Kildare and Laois as there were several appropriate conservation programmes known to be in existence in this region.

A number of preliminary meetings were held with the Abbeyleix Bog Trust, the Irish Peatlands Conservancy Council (IPCC), BirdWatch Ireland (BWI) and the Heritage Council and the agreed pilot project programme was initiated. In July 2019 the Wildlife Officer of The Heritage Council made contact with another organisation who are also working with PSA applicants, through the Sanctuary Runners and with some key advice and direction from them, the project had an instantaneous effect and a relatively small number attended an evening meeting and agreed to volunteer for scrub removal work on Abbeyleix Bog.

In October 2019, (the vegetation removal season only kicks in from September to take account of the 1976- 2019 Wildlife Acts to protect nesting birds), the first workcamp was held and despite atrocious weather and a general low turnout, it was clear that both the Abbeyleix Bog Conservation Volunteers and the PSAs both got a sense of fulfilment and satisfaction from the day. The work was centred on the removal of the invasive alien species Rhododendron ponticum from the raised bog habitat (Annex I of the EU Habitats Directive: 92/43/EEC) on Abbeyleix bog. A purposeful and engaging element of the workshop programme is the sharing of food post works, this allows for relaxed chat and friendships to develop.

From early meetings it was highlighted that as we are dealing with vulnerable adults and as such several protocols will have to be observed. This is an important aspect to the project and all partners are keen to ensure that all necessary protocols are upheld.

Special thanks are due to Chris Uys and all volunteers who work to save one of Ireland’s key carbon-rich habitats at Abbeyleix Bog, also to Dr. Catherine O’Connell & Nuala Madigan (IPCC), Brian Caffrey (BirdWatch Ireland) Yvonne Murphy (Friends of Abbeyleix DPC) & most especially to those seeking asylum in both The Hazel Hotel & Abbeyleix Direct Provision Centres). 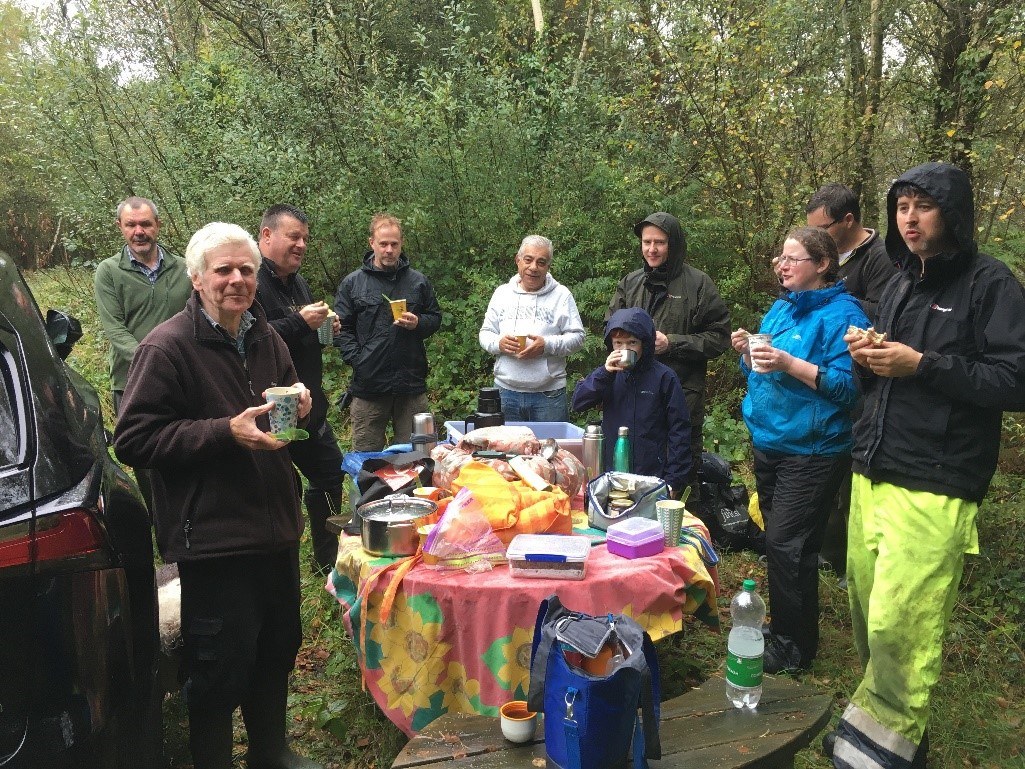 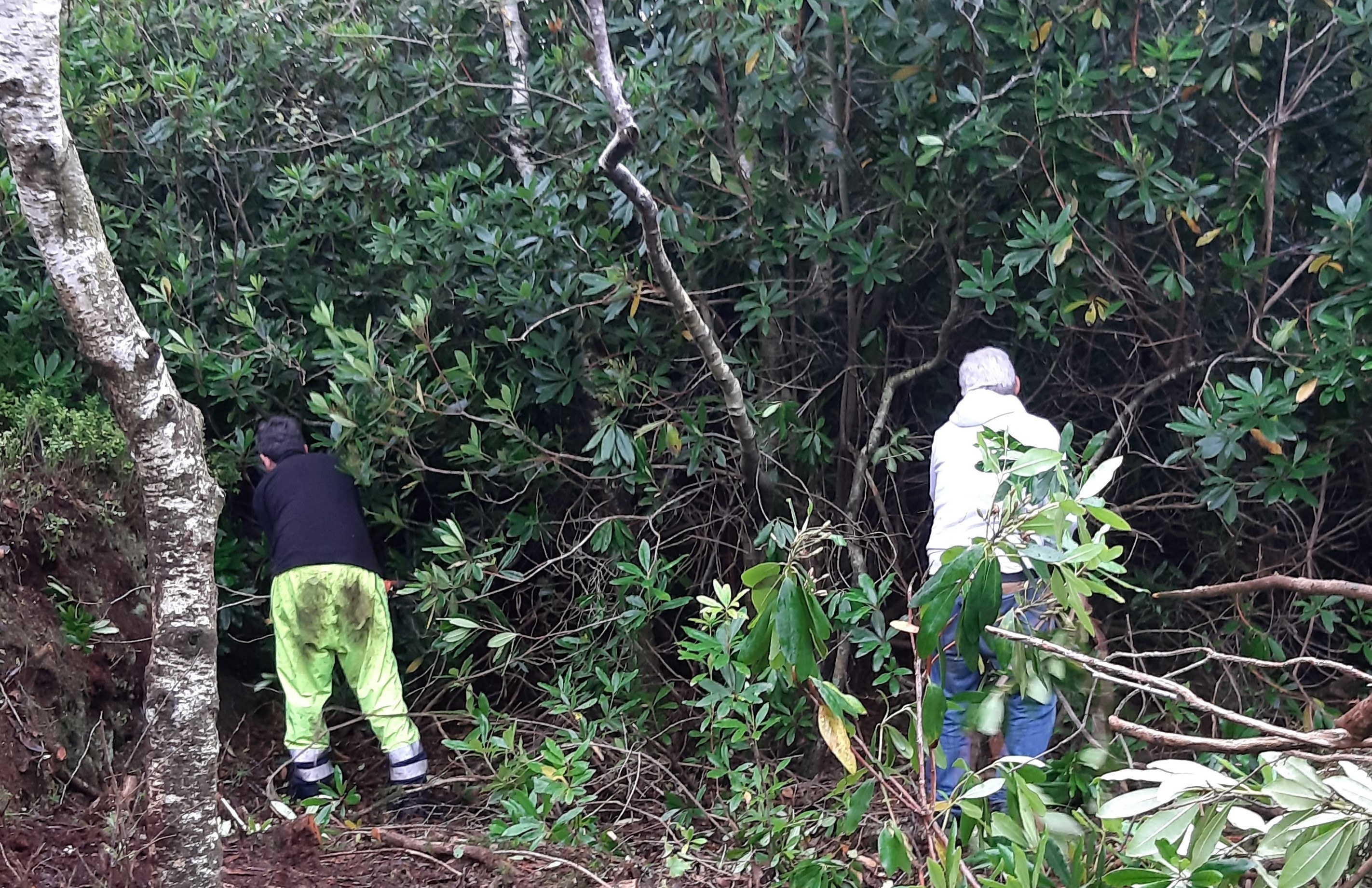 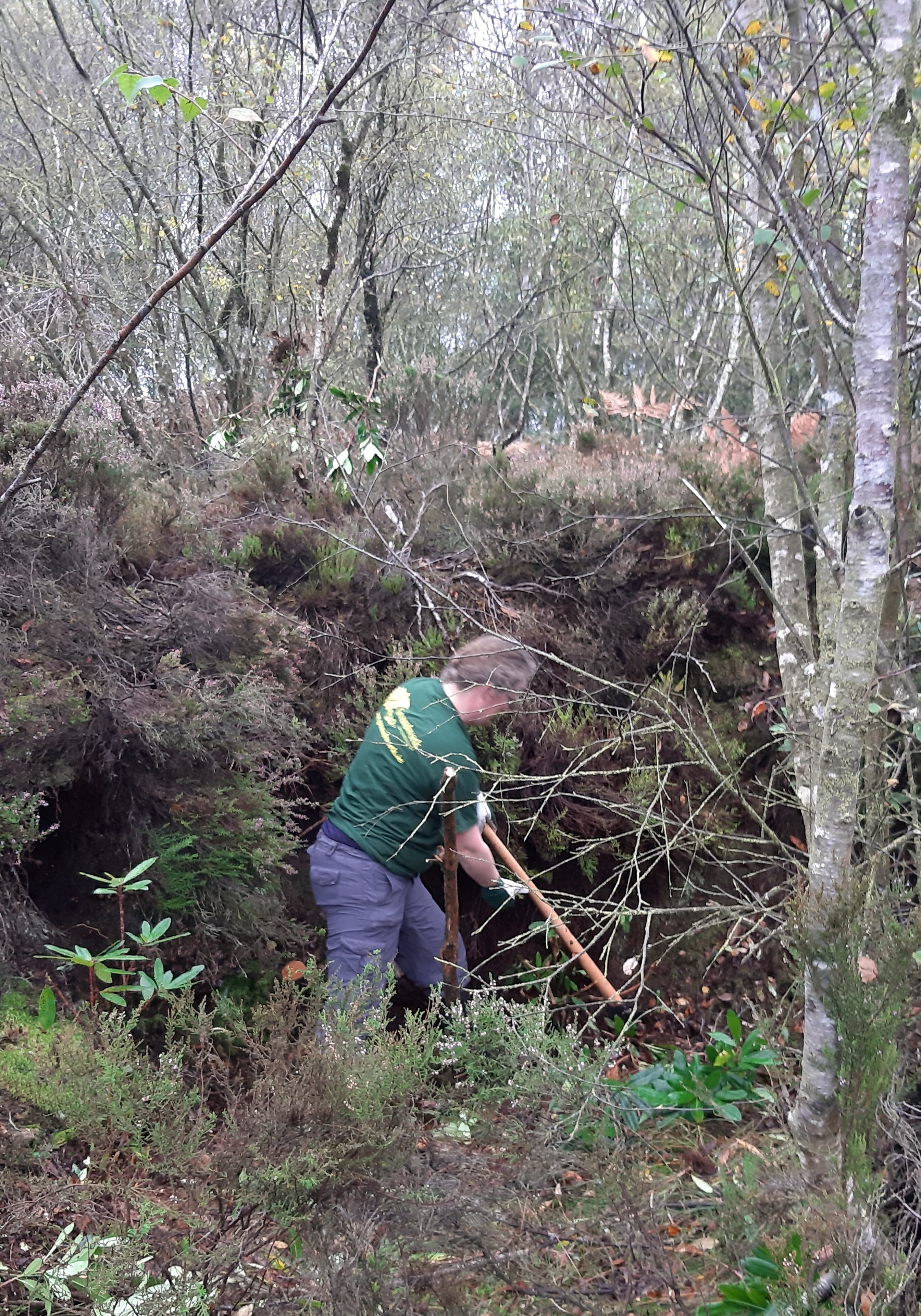 An initiative to promote heritage-led regeneration and to improve the quality of our historic towns and villages for residents and tourists.

A scheme to help communities become actively involved in the conservation and interpretation of their local archaeological and cultural heritage sites.

An initiative from the Heritage Council and National Museum of Ireland which invites you to share your discoveries and insights about the hidden heritage of your locality.