A Heritage Council Project, in partnership with Birdwatch Ireland, Bat Conservation Ireland & the National Council for the Blind of Ireland.

In 2019 the Heritage Council received funding from Creative Ireland to run a pilot programme of workshops focused on bring a heightened experience and thus awareness of the natural environment to people with sight impairment. The starting point for this project was, that persons with significant sight impairment should have a better experience of our natural world, if they were given some basic training in regard to interpretation of the sounds of the biodiversity in and around their daily environment. Secondly, it was deemed that they would have another outlet to enjoy, while outdoors, as well as gaining an appreciation for these birds and other animals who share their world.

Partnering with a class, based at the National Council for the Blind of Ireland (NCBI), Drumcondra, in early discussions the group intimated that they had little or no understanding of comparative sizes of birds and or animals, especially if they had little or no sight at any stage. The first workshop was hosted by the Heritage Council’s (HC) Wildlife Officer, Lorcán Scott and was centred around Ireland’s native fauna. The workshop was facilitated by teaching aids using a selection of birds and animals that were preserved by taxidermy and as such, were easily handled by the group. This was a great success and was later followed up with the next practical class on the calls of native birds, identifying species most likely to come across on a daily basis, hosted by Ricky Whelan of BirdWatch Ireland.

From later discussions with the group, it became clear that they had an appetite for a wider range than the group first suggested and the Heritage Council made enquiries with Bat Conservation Ireland (BCI) to see if they were in a position to participate, which they were, and they duly agreed to develop a bespoke education class. The bat workshop took place in Drumcondra and was hosted by Dr. Tina Aughney, which was attended by 15 participants, all of whom had various degrees of sight impairment. Dr. Aughney’s workshop, centred on a PowerPoint presentation, was interspersed with recordings of the calls of a range of Irish bat species and several dried-out specimens of bat. The group were enthralled with the talk and there is definitely a call for a bat walk in later workshops.

The final workshop took the form of a field trip and in early December 2019 the group met up with Pat Corrigan (Warden at the North Bull Island Visitor Centre) which forms part of the Dublin Bay Biosphere Reserve in Dublin Bay. Once Pat welcomed and introduced the group to the Centre we headed out for a guided ‘Bird-Hearing’ tour of the back-strand mudflats. The weather was cold but dry and the class, with assistants, made some strategic stops to pick up on the seabird and wildfowl calls offered by the resident Brent Geese, Oystercatchers and even some passing Ravens. The outdoor session was a massive success and they all got a lot out of the day in no small measure due to our guide Ricky Whelan (BirdWatch Ireland – Field Officer) who answered all questions and tailored the talk with their needs in mind.

Special thanks are due to the NCBI Class of 2019, their co-ordinators Carol Doyle & Audrey Tormey (NCBI); Brian Caffrey & Ricky Whelan (BWI) Pat Corrigan (Dublin Biosphere Reserve Cntr.) and Dr. Tina Aughney (BCI). Thanks also to the National Parks and Wildlife Service (Padraig Comerford DM) for use of their taxidermy fauna collection to facilitate early workshops.

The Heritage Council would like to again thank all who facilitated this pilot-project, it was a joy to work with both the class and facilitators and to see such positive outcomes being achieved, this office very much looks forward to further developing and building on this work.

If you wish to hear more of this Heritage Council programme, you can contact Lorcán Scott, Wildlife Officer, by e-mail: lscott@heritagecouncil.ie 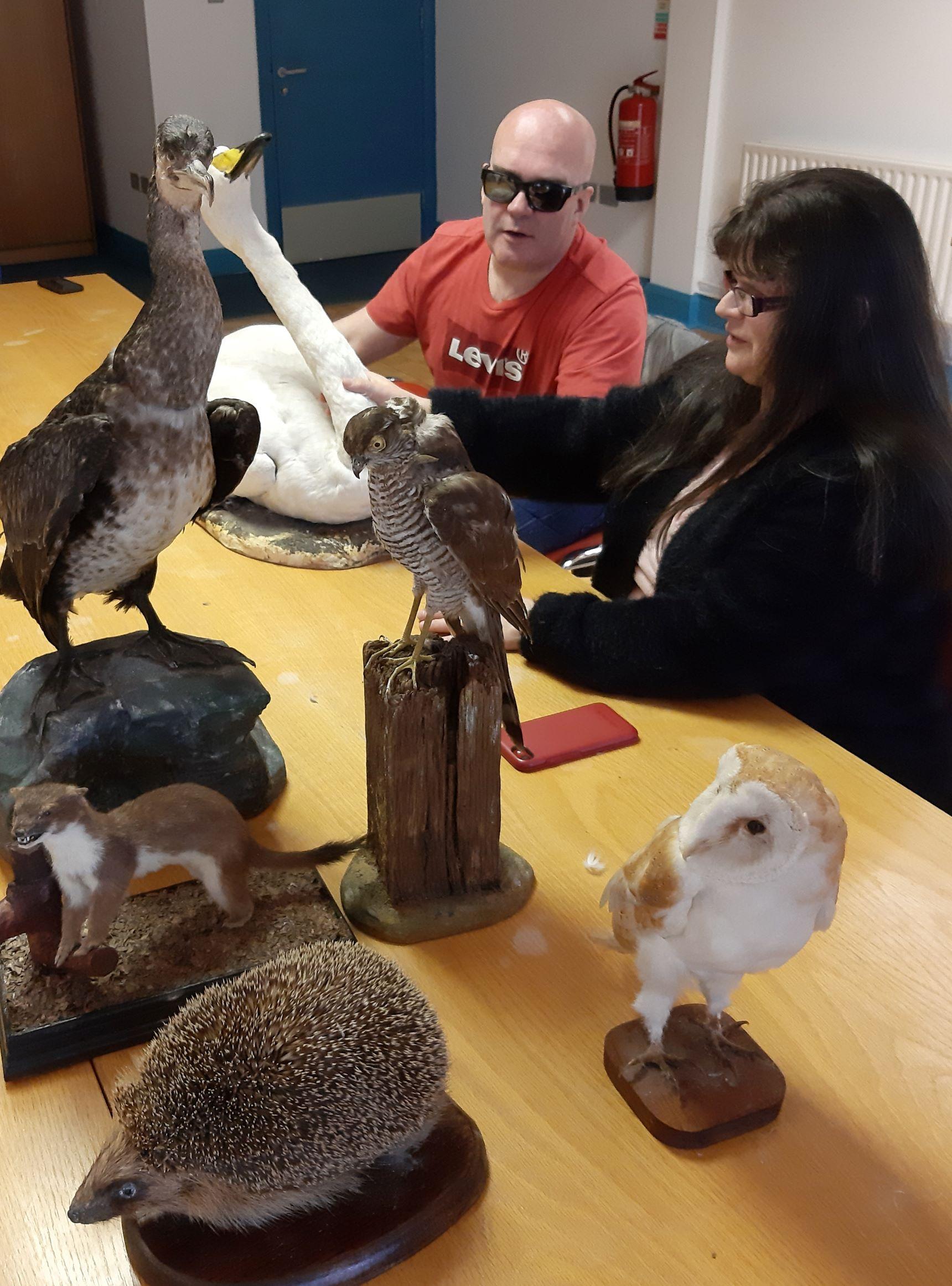 The Mayglass Farmstead is an exemplar and rare survivor of a type of two-storied thatched rural dwelling of the Irish vernacular tradition and one of the most significant conservation projects ever carried out by The Heritage Council.

Initiative to collect and disseminate data on Irish pollinators and to devise positive actions to support pollinator conservation in Ireland.