The Heritage Council is delighted to announce that the winner of the 2018 Tidy Towns Heritage Award is Milltown Schools’ Heritage Food Project from Co. Galway.

The Heritage Council is delighted to support the Tidy Towns Heritage Award for 2018.  Complementary to the overall Tidy Towns’ objective of improving our collective sense of place, the Tidy Towns Heritage Award recognises, in particular, those communities which have worked to benefit the unique heritage of their town, city, village or rural area and promoted a greater awareness of the value of their natural, cultural and built heritage. It recognises projects that provide a lasting legacy for future generations.

2018 has been designated as the European Year of Cultural Heritage (EYCH) by the European Commission. With this in mind, the Heritage Council encouraged applicants to the Tidy Towns Heritage Competition in 2018  to consider linkages to the EYCH theme: Make a Connection.

The quality of entries was particularly high this year, with submissions from both long-established and newly formed community groups with varying levels of resourcing.

The winning project, which complements Galway’s designation as European Region of Gastronomy for 2018, was a collaboration between Milltown Heritage Group, Galway County Council and two local schools – Belmont National School and Milltown National School. The panel of judges was particularly impressed by the clarity of the submission, the inclusivity of the project, and the extent to which it benefited and promoted their local cultural heritage. The students gathered and recorded important family lore, photographs, and memorabilia relating food culture and carefully recorded the results of their research. This was uploaded it the group’s website and the children’s original descriptions and were accepted by the National Folklore Collection in University College Dublin where they will be preserved as a distinctive record of food culture in Ireland. The children also produced a complementary booklet, Loving Leftovers. Both the archive and the booklet are enriched by the experience and traditions of the new residents from around the world who have made their home in Ireland.

The Heritage Council wishes to commend two other projects, which effectively benefit and promote the value of heritage in their local areas. The first is the Sligo Historical Walking Tour. Organised to a high standard of professionalism, the walking tour shares the heritage of the town through well-researched bilingual plaques placed sensitively at points of historical interest. The second is the Tullahought Quern Stone Project, which collected and sensitively restored a collection of quern stones. These important relics of local milling heritage, which might otherwise have been lost in corners of fields or farmyards, are now displayed for the public at the foot of Slievenamon in Co. Kilkenny.

The judges were delighted to see so many different counties represented among the entries in 2018 but we would like to encourage even more community groups to showcase their work in recording, restoring and promoting aspects of their local heritage. The Heritage Council looks forward to supporting these tremendous efforts to benefit our heritage for many years to come. 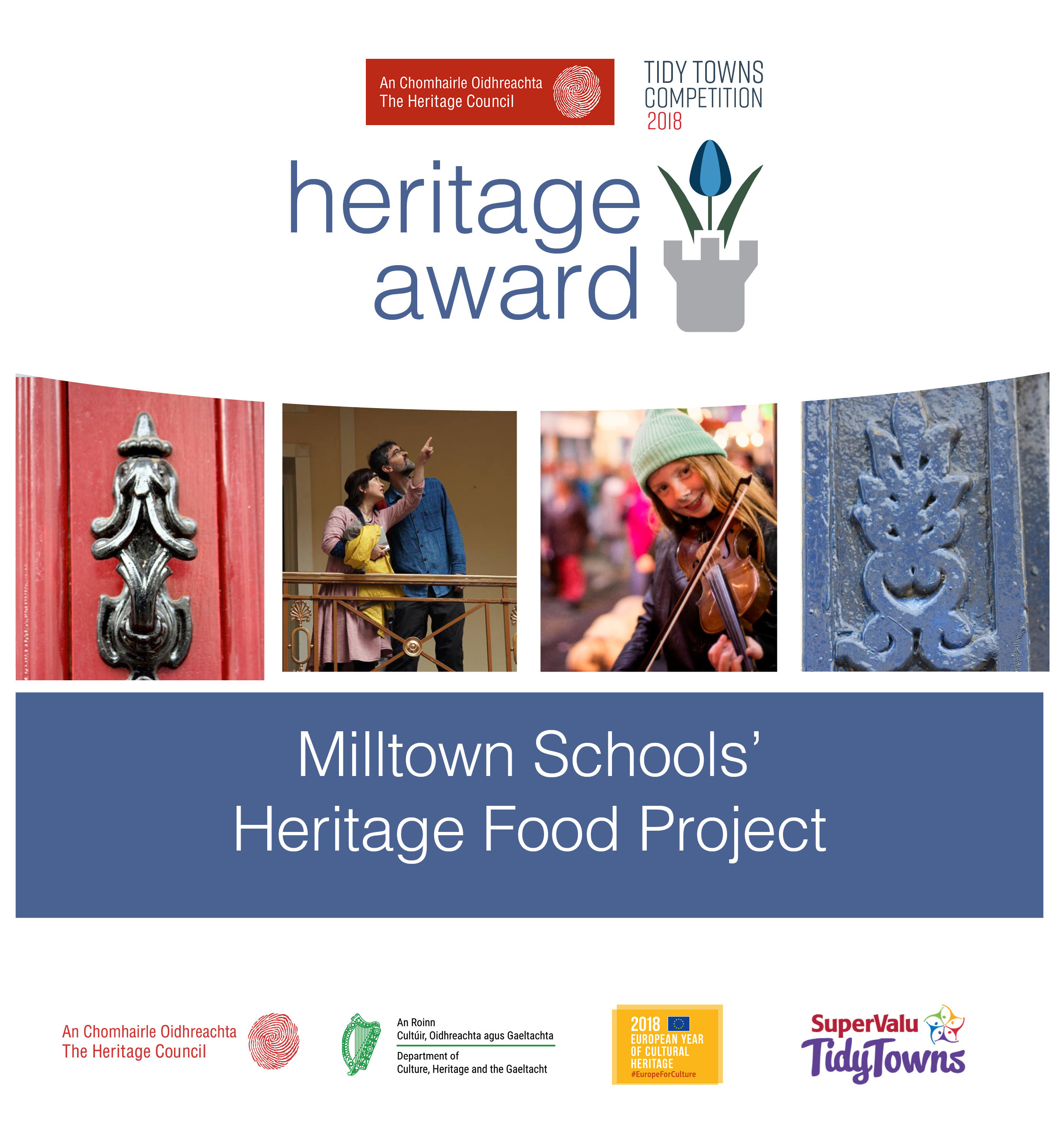