During the week of 20 to 24 August, 6 Irish people were successfully trained in iron smelting by Lee Sauder. On the weekend, a further 12 teams smelted local bog ore into iron. The furnaces had an unheard of 100% success rate and over 150kg of iron was made. About 800 to 1000 people attended the event. The event was advertised in local newspapers, on radio, via social media and a RTE Nationwide team recorded the event the whole day on Sunday 26 August.

On the Saturday 25 August, 32 smelters from 9 different countries smelted iron in 10 furnaces of widely varying designs. All the materials, iron ore, charcoal and clay, were sourced locally. The newly trained Irish smelters carried out their first independent smelts. Over 150kg of iron was made and the success rate was 100%, all furnaces made high-quality iron.

Normally, at these type of event 1 in 6 to 1 in 8 eight furnaces are successful. This was due to the high quality of the local iron ore. One team of German smelters managed to produce tool-grade steel using local peat as fuel! On the Sunday, most smelters made more iron and they were joined by 9 Irish blacksmiths who started forging the iron previously made. One half of a bloom, the product of smelting, was forged into a striking momentum which will go on display in the local heritage centre. Some of the iron was given to some of the best blacksmiths in the country and these are now experimenting with this new type of iron.

In total about 1000 people visited the Festival and most also saw the exhibition in the nearby Heritage centre. The age range of interest was very wide, questions were asked by children and old-timers alike. RTE Nationwide (Mary Kennedy) was on site the whole of the Sunday and are planning to broadcast a 14 minute piece on the Festival. Asger Rordam Viking ship-builder at the Roskilde Viking Ship Museum in Denmark was at the Festival to make contacts and learn about the type of iron the Vikings would have used to make their ships. The local hardware shop made merchandising for the Festival: cups, key-rings, fridge magnets and a very classy T-shirt. Preliminary decisions were made to make the Woodford Furnace Festival a yearly event from now on and all smelters have stated interest in returning next year. Three furnaces were preserved to be used in future by the newly-trained Irish smelters. 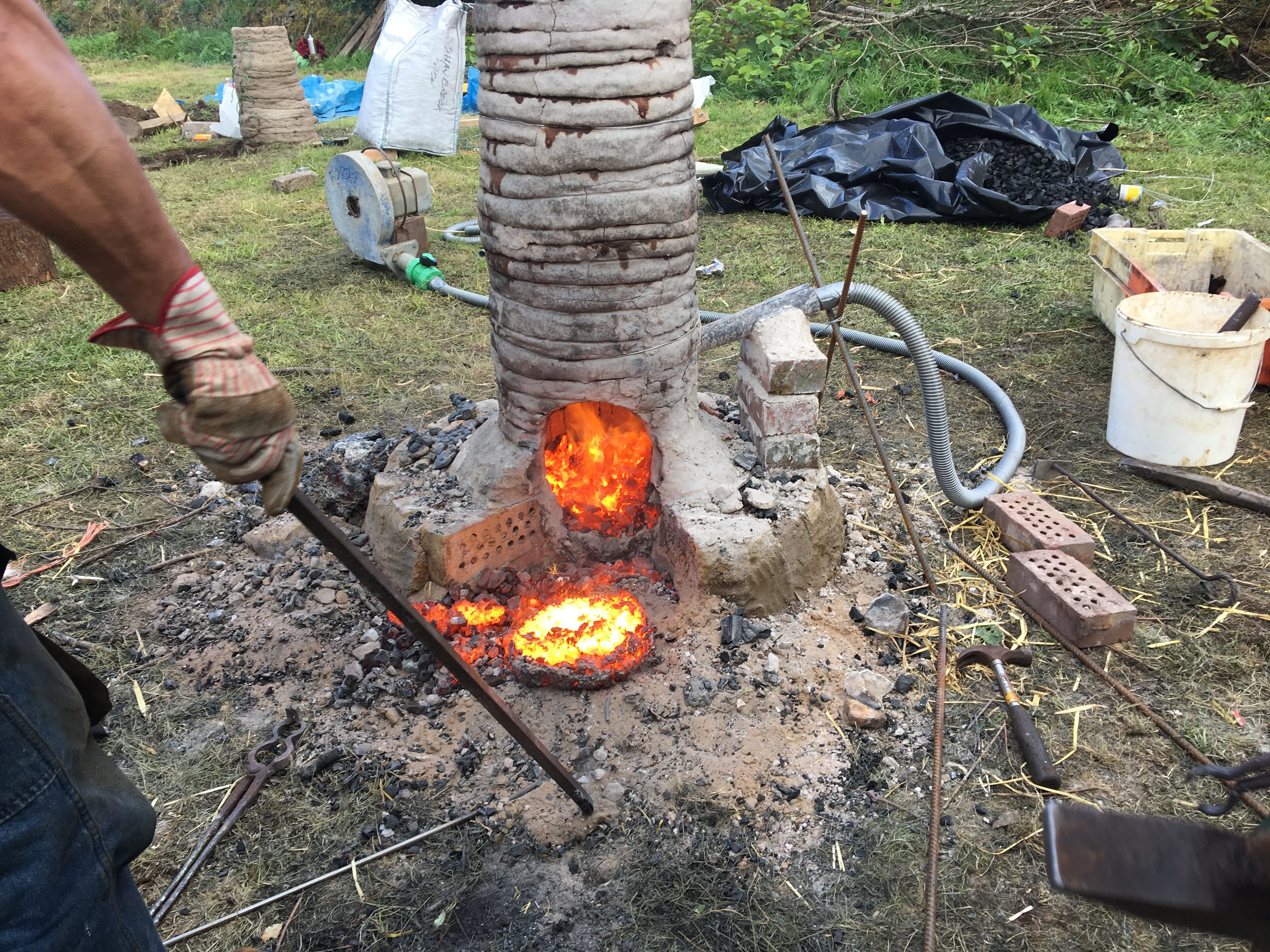