The Graves of the Leinstermen has arguably the most evocative name of all the sites in the Adopt a Monument Scheme. Mystery surrounds this megalithic monument on the slopes of the Arra Mountains overlooking Lough Derg in Co. Tipperary.

Folklore links the site to the High King of Ireland, Brian Ború and his role in the ambush and death of the King of Leinster and his retinue. The monument, however, is thought to date back to prehistory, with the general consensus being that it is some form of megalithic tomb.

Formed in 2017, Arra Historical and Archaeological Society has in excess of 50 members and was set up to cater for people with an interest in the history and archaeology of the Portroe, Newtown and Boher areas of North Tipperary primarily. This area was known as the half-barony of ‘Arra’ in the medieval period and gives the group its name.

Arra Historical & Archaeological Society has adopted the Graves of the Leinstermen and aims to find out more about what the site really is. With funding from the Heritage Council through the Creative Ireland / Adopt a Monument Programme 2019, the society appointed Earthsound Geophysics to undertake a topographical survey and a photogrammetry survey of the site to increase community understanding of the monument. Further survey work by Earthsound is scheduled to take place during 2020 and this may give a clearer picture of what lies underneath the ground at this site.

You can keep up to date with the latest news from Arra Historical & Archaeological Society on Facebook. 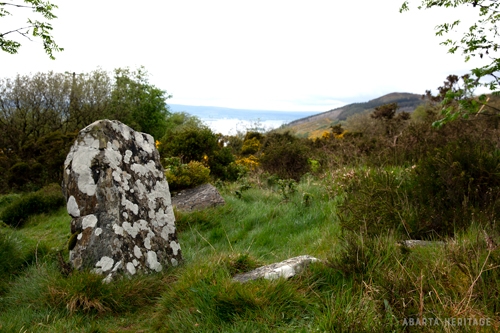